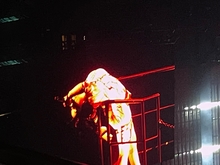 3824 users have seen Billie Eilish including: