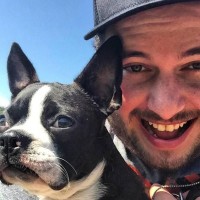 Alex T. has seen Against Me! 6 times.

Against Me! is a punk rock band which formed in Gainesville, Florida in 1997. The band has had several lineup changes, with Laura Jane Grace (vocals, guitar) and James Bowman (guitar) being relative constant members. The band is currently comprised of Grace, Bowman, Andrew Seward (bass) and Atom Willard (drums).

1055 users have seen Against Me! including: