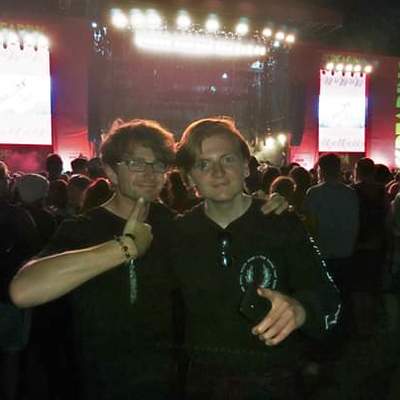 Cancer Bats are a hardcore punk band from Toronto, Ontario, Canada that formed in 2004. They have released four studio albums and six extended plays. The band is composed of vocalist Liam Cormier, guitarist Scott Middleton, drummer Mike Peters and bassist Jaye R. Schwarzer. Cancer Bats take a wide variety of influences from heavy metal sub-genres and fuse them into hardcore punk and punk rock, including elements of sludge metal, and southern rock. The band has also been compared to metalcore bands of the 1990s like Converge and Hatebreed.

443 users have seen Cancer Bats including: