3 Doors Down is a post-Grunge influenced Alternative rock group from Escatawpa, Mississippi, United States that formed in 1996. Consisting of Brad Arnold (vocals), Chet Roberts (guitar, a replacement for Matt Roberts), Todd Harrell (bass), Chris Henderson (guitar), and Greg Upchurch (drums), the band is known for several successful rock singles such as "Here Without You" and "Kryptonite". The group signed to Universal Records in 2000. 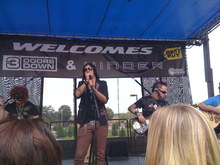 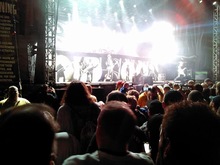 3 Doors Down
Uploaded by Teddi Anne

413 users have seen 3 Doors Down including: