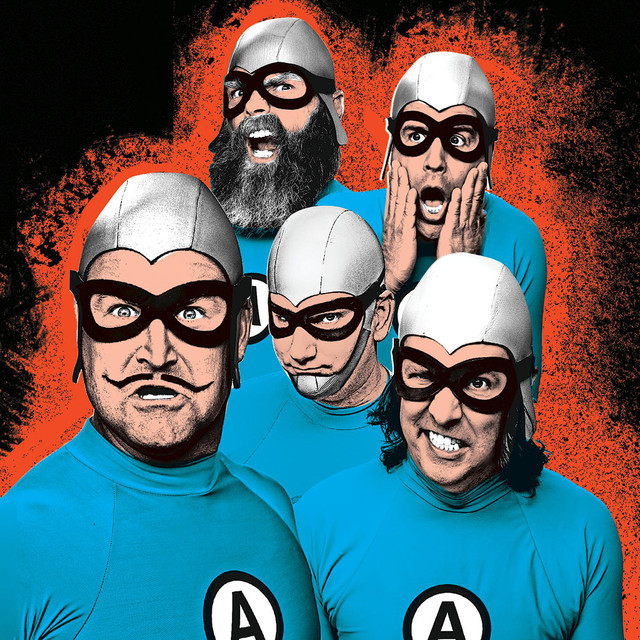 The Aquabats (often written as The Aquabats!) are an American rock band formed in 1994 in Huntington Beach, California and currently recording for Nitro Records. They have released four full-length studio albums and have toured internationally. They are best known for their mythology, in which they claim to be superheroes on a quest to save the world from evil through music. As a part of this mythology the band members have adopted superhero pseudonyms and dress in matching costumes. 4 users have seen aquabats including: