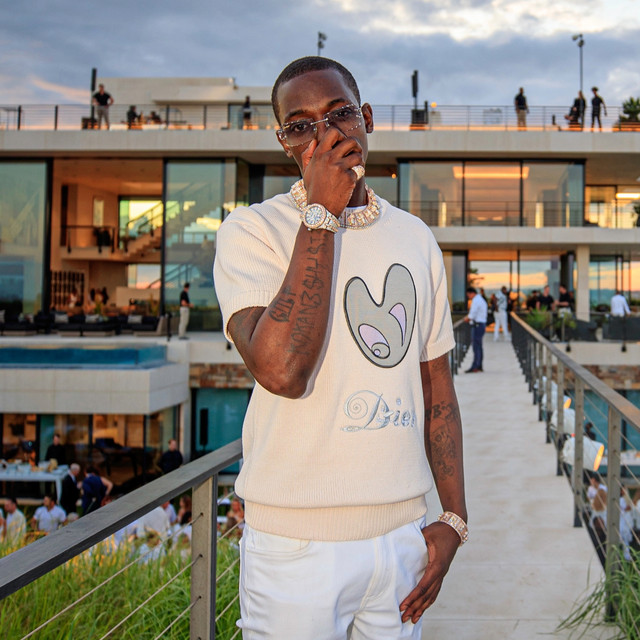 Ackquille Jean Pollard (born August 4, 1994), known by his stage name Bobby Shmurda, is an American rapper from Brooklyn, signed to Epic Records. He is best known for his song "Hot Nigga", (released in July 2014) a song that debuted the "Shmoney dance," which went viral after the release of the music video. The song has so far peaked at 6 on the Billboard Hot 100, with the song being remixed and performed by numerous other artists including Lil' Kim, French Montana, Sean Mon Thomas, Juicy J, and Gunplay.

2 users have seen Bobby Shmurda including: