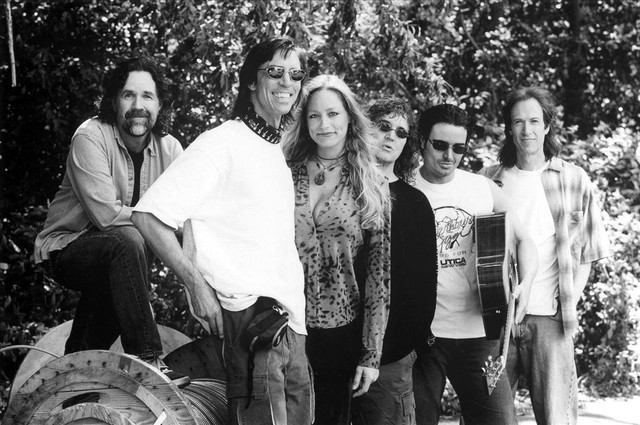 Boston is a rock band that formed in 1974 in Boston, Massachusetts, United States. Centered on guitarist, songwriter, and producer Tom Scholz, a former product designer at Polaroid Corporation and an MIT engineering student, the band's best known works include the popular singles "More Than a Feeling", "Peace of Mind", "Foreplay/Long Time", "Don't Look Back", and "Amanda" among others. Their 1976 self-titled debut is the second biggest-selling debut album of all-time in the U. 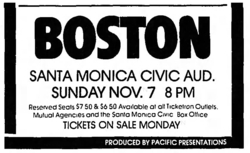 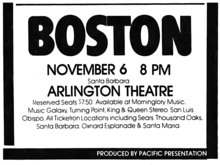 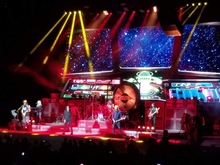 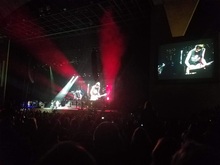 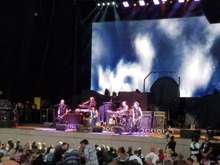 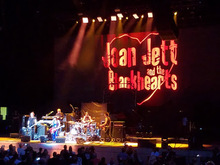 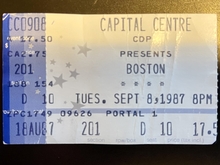 677 users have seen Boston including:

Where was Boston from and when did the band start?

The band Boston is named after Boston, Massachusetts, the city where the band formed in 1975.

Who were the original 5 members of Boston?

Where are the original members of Boston now?

While Boston is still performing and releasing music today, Tim Scholz is the only original member still in the band. In addition to his rock music career, he also runs his own company, Scholz Research &Development, Inc, where he designs and markets his musical inventions. He is married to Kim Hart and lives in Boston.

Barry Godreau continued his music career after leaving Boston in 1981. He’s released several solo albums, formed bands Orion The Hunter and RTZ, and was a member of the short-lived Ernie and the Automatics between 2009 and 2011. Today, he lives in Massachusetts with his wife, Connie.

Brad Delp left Boston in 1988, formed RTZ with Godreau in 1991, and rejoined Boston in 1994. He continued performing with the band until 2007 when he committed suicide in his home in Atkinson, New Hampshire.

Jim Masdea exited the group in 1976 and is still thriving in his music career. Today, he performs a combination of originals and a wide range of Boston classics.

Finally, Fran Sheehan exited the band in the early '80s after sustaining a hand injury from a biking accident. Today, he owns and operates a restaurant.

Which members of Boston went to MIT?

Tom Scholz graduated from the Massachusetts Institute of Technology (MIT) with a bachelor's in mechanical engineering in 1969 and a master's degree in 1970.

Where can you find Tom Scholz's "Rockman" amplifier?

Early in the '70s, Tom Scholz designed and built his masterpiece recording studio located in the basement of an apartment. He later founded his own company, Scholz Research & Development, Inc., where he continues designing amplifiers and other musical equipment. You can purchase Tom Scholz's "Rockman" amplifier at online stores like eBay and Amazon.

How much is Tom Scholz worth?

Today, Tom Scholz is worth around $120 million.

Which Boston band member died in 2007?

Brad Delp, the band's original lead singer, passed away on March 9, 2007 from suicide at his Atkinson, New Hampshire home. He was 55 years old when he died.

Which Boston band member died in 2017?

Sib Hashian, the band’s drummer drummer and keyboardist between 1976 and 1983, died in 2017 from a heart attack during a concert aboard the Indendence of the Seas cruise ship. He was 67 years old when he died.

When did Boston release the album Don't Look Back?

Boston released Don't Look Back, their second album, in 1978. It reached number four on the Billboard’s Hot 100 chart.

When did Boston release the song "More Than A Feeling"?

The song "More Than a Feeling" was written by Tom Scholz. It was released in September 1976 as Boston's first lead single. The song hit number five on the Billboard’s Hot 100 chart, was ranked the 39th best hard rock song of all time by VH1, and was listed as one of the 500 Songs That Have Shaped Rock and Roll according to the Rock and Roll Hall of Fame.

How many concerts has Boston had?

What genre is Boston?

When was the last Boston concert?

What songs does Boston play live?

The songs that Boston performs live vary, but here's the latest setlist that we have from the July 30, 2017 concert at Jiffy Lube Live in Bristow, Virginia, United States: