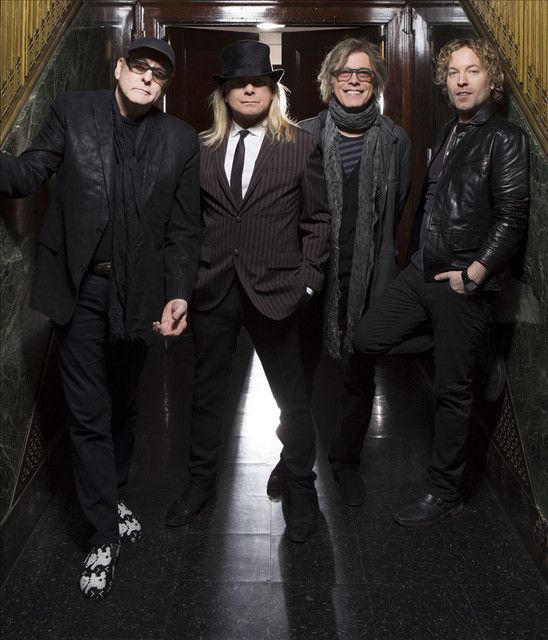 Cheap Trick is an American power pop/rock n roll band from Rockford, Illinois that's played for over four decades, and in 2016 was inducted into the Rock & Roll Hall of Fame. Having gained popularity in the late-70s centered within the Midwest and within Japan, the band members are Rick Nielsen (guitarist and main songwriter), Bun E. Carlos (born Brad Carlson) (drums), Robin Zander (vocals and guitars), and Tom Petersson (bass guitar). Though they... 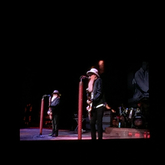 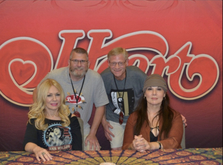 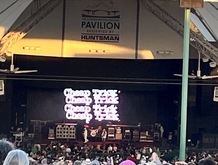 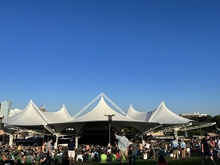 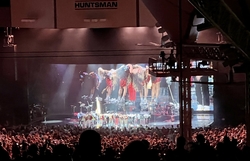 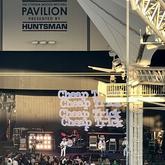 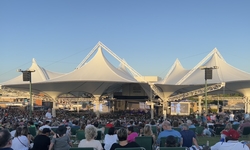 1537 users have seen Cheap Trick including:

There is a date that needs added. My first concert was New England, UFO and Cheap Trick. Prairie Capital Convention Center. February 6th , 1981. I remember New England's drummer came down from the riser and having the longest hair I'd ever seen. Michael Shenker was playing lead guitar and his Marshall amp head quit working. He shoved the stack and it fell over. Roadies had another whole Marshall stack put in place quickly. Not just the head. My older friend's girlfriend was pulled up on stage along with quite a few others for Bun E. Carlos drum solo. They gave them Bun E. masks to wear. My friends are amazed I remember long term so well. Considering all the partying we did.

What is Cheap Trick?

Cheap Trick is a pop-metal-punk fusion band that has endured a great legacy from the 1970s to the present day, having sold over 20 million records. Despite the lineup changing several times over the decades, Cheap Trick has developed a cult following.

What genre is Cheap Trick?

Primarily a pop band with a real 1960s and '70s spirit, Cheap Trick also conveyed elements of rock and embraced elements of philosophic absurdism in their lyrics while their instrumentation blended power chords with pop-fused beats.

When did Cheap Trick start?

When Cheap Trick first started in 1967 by Rick Nielsen and Tom Petersson, it was called “Fuse,” but in 1972, the band assumed a new name: “Sick Man of Europe.” On August 15, 1973, the band changed its name a third time to “Cheap Trick,” performing their first concert with the new name in Wisconsin in 1974.

The following year, Cheap Trick recorded its first demo and began performing at small venues in the Midwest, gaining the attention of Epic Records, which signed Cheap Trick in 1976. Cheap Trick released its self-titled debut album with Epic on February 3, 1977 followed by In Color just seven months later.

Who were the original members of Cheap Trick?

The original members of Cheap Trick who are credited on their 1977 debut album are:

Bun E. Carlos left Cheap Trick in 2010 after 37 years with the band. Though there were several reasons for his departure, it primarily came down to a dispute between Carlos and Zander about the number of shows the band would perform in Las Vegas, which led to Carlos’s dismissal from the band. On March 9, 2010, the band issued a statement to the effect that Carlos was no longer recording, touring, or acting as a member of the band in any capacity.

That might have been the end of it, but in 2012, Cheap Trick stopped paying Carlos and refused to include him in any further business decisions, so Carlos sued the band for $600,000. On February 26, 2015, the case was settled out of court for an undisclosed sum with Zander announcing that Carlos was now a non-touring member of the band who would be involved in business decisions going forward.

What is the song "Surrender" by Cheap Trick about?

"Surrender" is about the intergenerational relationship between Baby Boomers and Gen. X. Released in 1978 on the album Heaven Tonight, it's a song engaging the adolescents of the 1970s and how they begin to question the generation that raised them. It contains themes about sex, coming-of-age, drugs, and most of all, a "surrender" to loosening inhibitions and garnering a kind of youthful, zestful freedom.

On July 13, 1956, Elvis Presley released the single “Don’t Cruel,” a B-side track that managed to defy the norm and become one of the biggest and most influential rock songs of history. The song would be covered by many artists over the next few decades including Cheap Trick, whose version of the song peaked at number four on the

How many concerts has Cheap Trick had?

When is the next Cheap Trick concert?

The next Cheap Trick concert is on July 08, 2022 at Xcel Energy Center in Saint Paul, Minnesota, United States. The bands performing are: Rod Stewart / Cheap Trick.

When was the last Cheap Trick concert?

The last Cheap Trick concert was on July 05, 2022 at Bridgestone Arena in Nashville, Tennessee, United States. The bands that performed were: Rod Stewart / Cheap Trick.

The songs that Cheap Trick performs live vary, but here's the latest setlist that we have from the July 05, 2022 concert at Bridgestone Arena in Nashville, Tennessee, United States: