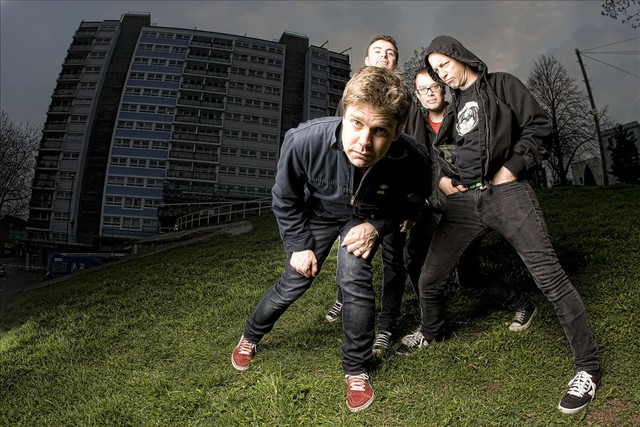 The band was started after Kyle "KJ" Jansen, Mark O'Flaherty and Mike Eggermont started selling Chixdiggit! T-shirts at their high-school, although at this stage the band did not officially exist. Eventually the shirts started selling well, which provided the band with enough money to purchase a drum kit. However none of the band members had any musical experience nor did any of the members own instruments (except Mark who owned a classical guitar).

The Nobodys / The Queers / The Breakups / Chixdiggit
Uploaded by Murphy59

7 users have seen Chixdiggit including: