Descendents is an American punk rock band from Lomita, California formed in 1978 by guitarist Frank Navetta, bassist Tony Lombardo and drummer Bill Stevenson. They are known for being one of the early bands in the hardcore punk scene to sing instead about more personal and comical topics reflective of their own lives.

No Sleep Til Brisbane
Uploaded by Stan Stan Stan

No Sleep Til Melbourne
Uploaded by Stan Stan Stan 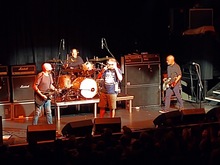 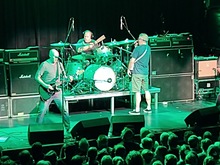 352 users have seen Descendents including: