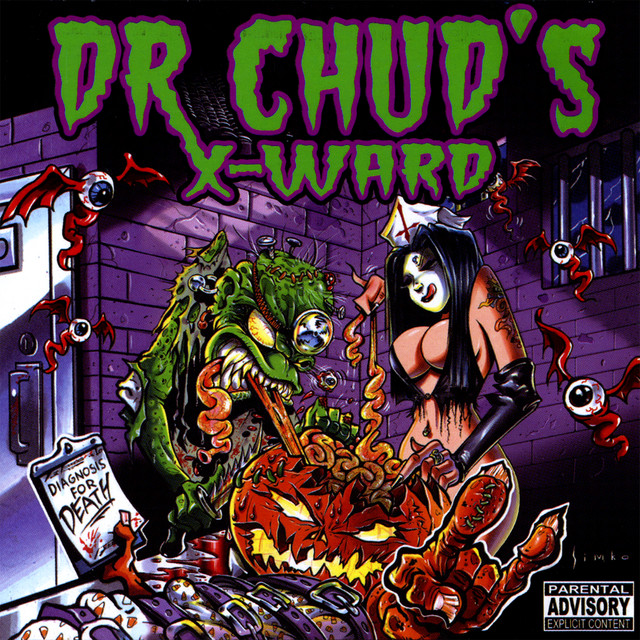 Dr. Chud's X-Ward is a side project of Dr. Chud, ex-drummer for the Michale Graves-led Misfits. After Michale left the Misfits in the late 90's, (leaving Jerry Only as singer), Chud followed him through another side project and a solo career before spawning Dr. Chud's X-Ward. To date, the band has released only one album, Diagnosis For Death. The band has been defined in genre's as psychobilly or horror punk, but considering the band's wide range of genre influences, this is open to opinion.