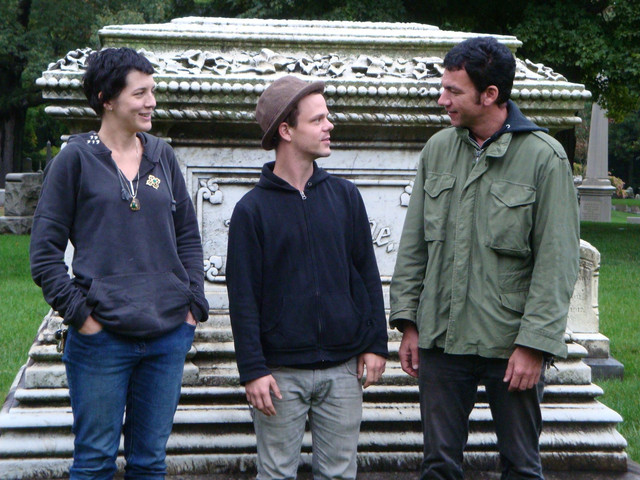 forgetters (no “the,” no capital “f.”) is a band formed by Blake Schwarzenbach right after the short-lived Thorns Of Life broke up in 2009. It features Schwarzenbach (Jawbreaker, Jets To Brazil) on guitar and lead vocals, Kevin Mahon (Against Me!) on drums and Caroline Paquita (Bitchin') on bass. After the band`s return from a European tour in June of current, Caroline quit the band and they subsequently took a hiatus. The band reformed in 2012 with a new bassist: Michelle Proffit. Their eponymous debut album was released on their own label in 2012.

3 users have seen forgetters including: