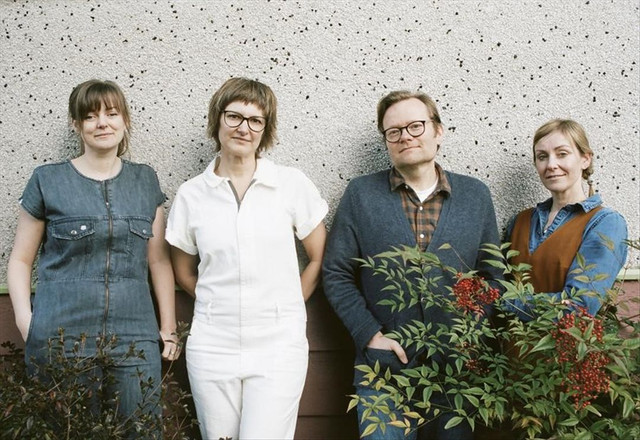 Frog Eyes is an indie rock band from Victoria (British Columbia, Canada), The quartet is led by singer/guitarist Carey Mercer and is known for their highly idiosyncratic songs, which pit Mercer's unhinged, melodic vocals against a swirling mass of guitar, keyboards, and drums. Drummer Melanie Campbell (also Mercer's wife) notably uses a 'found object' as part of her drums set, the so-called "dinger." This object was only used on their first three albums and has since been disposed of in favour of a normal ride cymbal.

7 users have seen Frog Eyes including: