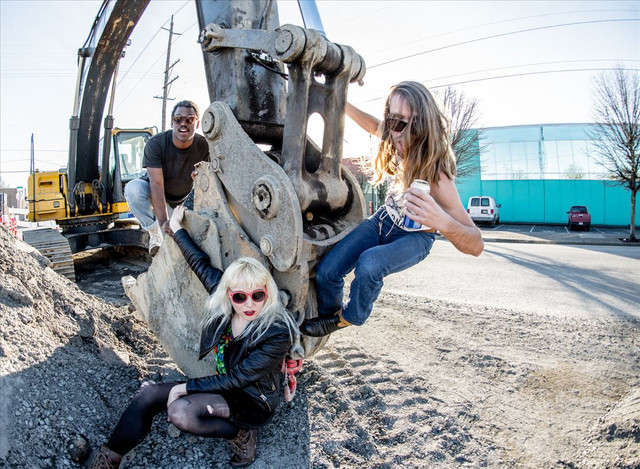 Guantanamo Baywatch was started by Jason Powell and Chevelle Wiseman in Portland around 2008 to an immediately enthusiastic reception, released a very well received and now out-of-print LP on Portland's awesome Hovercraft Records, as well as a couple of EPs/tapes. The band really came into its own, though, in late 2010, with the addition of Chris Michael (also in BOOM!) on drums. Technically they joined the Dirtnap roster in June 2011, but they took their time recording their debut for the label, done mostly at home by the band themselves.

5 users have seen Guantanamo Baywatch including: