HOUDINI DAX channel the joy of Britpop, the melodies of The Fab Four with the supercharged energy of new wave to create a post-modern mod-ish yet truly melodic racket. Championed by the likes of John Robb, Louder Than War and Mark Beaumont of The Guardian. HOUDINI DAX have been chosen as winners in the Horizons Scheme, an industry led initiative run by BBC Wales in conjunction with Arts Council for Wales. As Horizon's winners HOUDINI DAX are set receive extensive airplay this autumn including a prestigious BBC Maida Vale Live Session. 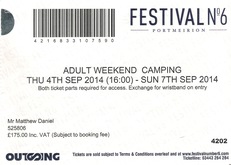