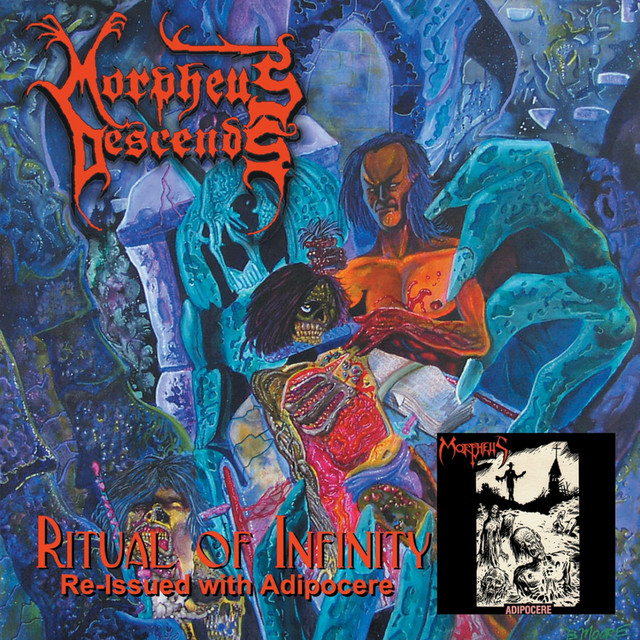 Morpheus Descends, originally named Morpheus (US), were an underground NYDM band in the same vein as Incantation and Immolation. However, unlike their New York peers, they celebrated only cult success and broke up after releasing two full-lengths, one of which was only available in a private print. Spanish label Xtreem Music repressed the band's full-length Ritual Of Infinity along with their first 7" EP, Adipocere, on one CD in 2005, the first MD material to achieve widespread distribution.

6 users have seen Morpheus Descends including: