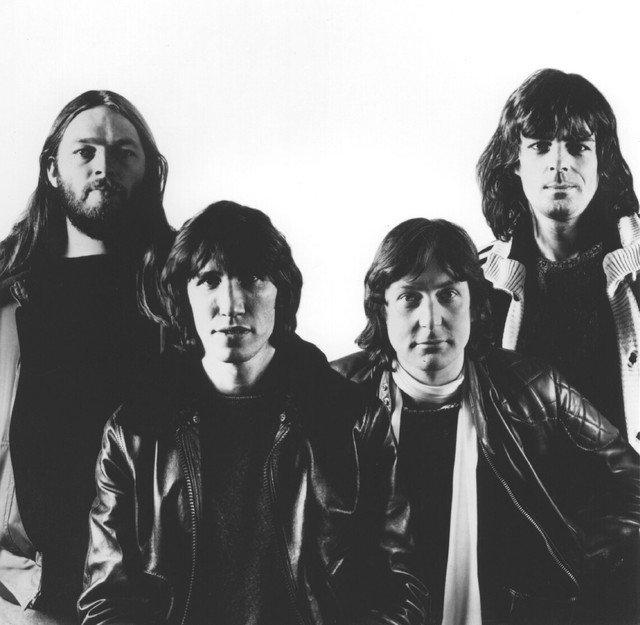 Pink Floyd is an English rock band, formed in London in 1965. Gaining a following as a psychedelic band, they were distinguished for their extended compositions, sonic experimentation, philosophical lyrics and elaborate live shows, and became a leading band of the progressive rock genre. They are one of the most commercially successful and influential groups in popular music history.

A Momentary Lapse Of Reason Tour
Added by Zimtrim

DAY ON THE GREEN
Added by Milocampo 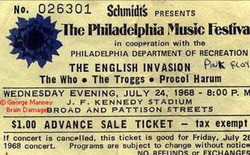 The Who / The Troggs / Procol Harum / Pink Floyd
Uploaded by Zimtrim 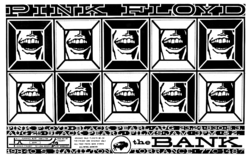 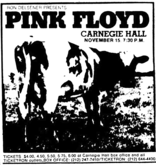 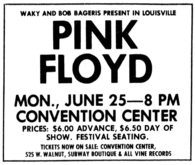 A Momentary Lapse of Reason
Uploaded by Docschu

A Momentary Lapse of Reason Tour
Uploaded by Russdudeman

DAY ON THE GREEN
Uploaded by Russdudeman

776 users have seen Pink Floyd including: What genre is Pink Floyd?

Pink Floyd's music broadly falls under the rock genre. Specifically, the band was instrumental in the development of the psychedelic rock movement and the progressive rock genre.

Who are the members of Pink Floyd?

David Gilmour later joined the band as vocalist and guitarist. When Barrett subsequently left the group, Waters took over responsibility as the main songwriter.

While Wright and Waters left the group, leaving Mason and Gilmour to continue the band as a duo, Wright did eventually rejoin Pink Floyd and Waters joined the band in 2005 for a one-off performance.

Gilmour and Mason most recently revived the band in 2022.

How did Pink Floyd get their name and what does it mean?

Before Pink Floyd, the band had several other members and names, including Sigma 6, the Meggadeaths, Leonard's Lodgers, the Abdabs, the Screaming Abdabs, the Spectrum Five and the Tea Set.

In 1965, the band started using the name the Pink Floyd Sound. This was later changed to The Pink Floyd and later amended again to just Pink Floyd.

The name change came about suddenly, when the band realized another group with the same name of Tea Set were due to play at the same performance. Created by Barrett, the band's name was inspired by two blues musicians: Pink Anderson and Floyd Council.

Where is Pink Floyd from?

Pink Floyd comes from the UK. The band was formed in the English capital of London.

When did David Gilmour join Pink Floyd and who did he replace?

When and why did Roger Waters leave Pink Floyd?

Waters left Pink Floyd in 1985 because of personal tensions and differences between the band members.

When and why did Pink Floyd break up?

While many people see Waters' 1985 decision to leave the band as the time when Pink Floyd broke up, two members (Mason and Gilmour) fought to continue performing under the same name.

Waters sued the band to prevent the use of the name "Pink Floyd", but he lost the case. Gilmour and Mason subsequently recorded a further two albums as Pink Floyd before becoming inactive for a long period.

Gilmour, Mason, Waters and Wright reunited for a one-time concert in 2005. Following Barrett's and Wright's deaths in 2006 and 2008, respectively, the band released its last studio album in 2014, using previously unused material.

In 2022, Mason and Gilmour reformed to release a song protesting the war in Ukraine with Andriy Khlyvnyuk from the Ukrainian band Boombox titled “Hey Hey Rise Up” with all proceeds going to support humanitarian aid to Ukrainians affected by Russian aggression and genocide.

Despite turmoil and inactive periods, it's arguable that Pink Floyd has never officially broken up.

When did Pink Floyd's The Wall come out?

One of Pink Floyd's most successful albums The Wall, often considered to be one of the best rock albums of all time, was released in November 1979.

The film Pink Floyd – The Wall, which was based on the album, was released in 1982.

Where can I watch the movie Pink Floyd – The Wall?

Pink Floyd – The Wall unfortunately isn't available on any streaming services at present. However, you can buy the DVD from several outlets.

When did The Dark Side of the Moon come out and what is the album about?

Despite the name, the album isn't actually about the skies, space, astrology or astronomy; rather, the title references mental struggles that can lead to insanity. The band has offered several snippets of explanations about the thematic album, though it's mostly down to listener interpretation. Originally planned to show the pressures and struggles faced by musicians, the album evolved to include diverse topics, including the passing of time, death, mental challenges, war, and wealth.

How many concerts has Pink Floyd had?

When was the last Pink Floyd concert?

The last Pink Floyd concert was on May 20, 2021. The bands that performed were: Pink floyd / HIM.

The songs that Pink Floyd performs live vary, but here's the latest setlist that we have from the July 05, 2019 concert: