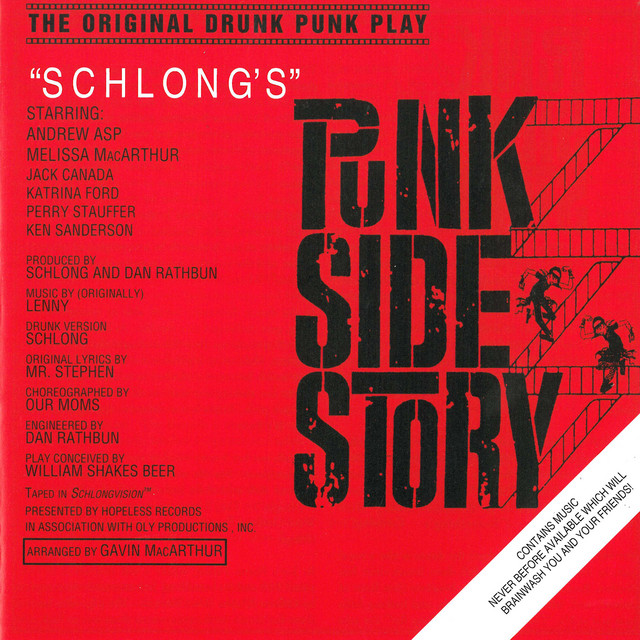 Schlong was the brain child of brothers Dave Mello (drummer, of Operation Ivy and Downfall fame) and Pat Mello (bass, now of Uncus), along with guitarist Gavin McAuthur (now of Smuteye), three incredibly schooled musicians. They are probably most known for re-doing the entire West Side Story soundtrack as Punk Side Story, but they also redid Fleetwood Mac's Rumours as Tumours -- all squeezed onto a 7" record -- and since reissued on Unessential Schlong. 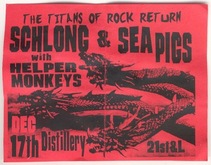 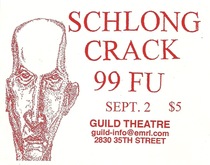 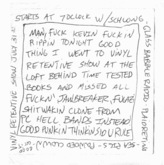 5 users have seen Schlong including: