Souls At Zero was an American thrash metal band. They were originally known as Wrathchild America. The name change occurred after Wrathchild America was dropped from Atlantic Records in 1993, and was accompanied by a slight change in musical style. Souls At Zero released three albums on Energy Records before disbanding in the mid-1990s.

Souls at Zero has 4 concerts

Souls at Zero / Sexist / No Saner
Uploaded by Pete Wolf 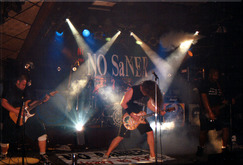 Souls at Zero / Sexist / No Saner
Uploaded by Pete Wolf

3 users have seen Souls at Zero including: