In 1975, Triumph was formed by Gil Moore, Mark Levine, Fred Keeler, and Peter Young as a progressive rock band capable of blending hard rock with classical instrumentation. Young and Keeler left soon thereafter and were replaced by Rik Emmett. The classic trio of Moore, Levine, and Emmett continued until 1988 when Emmett left. Moore and Levine carried on as a duo until 1992 when Phil X joined. Unfortunately, the new trio was shortlived, and the band broke up in 1993. Triumph has reunited for only three shows since disbanding: June 7, 1988 at the Swden Rock Festival, July 11, 2008 at the Rocklahoma music festival, and November 16, 2019 at the Metalworks Studios in Mississauga, Ontario for the documentary "Triumph: Rock 'n Roll Machine." 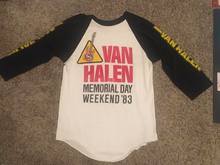 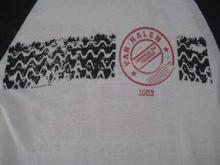 318 users have seen Triumph including:

Who opened for Triumph in 1983 I believe in Fresno CA. Selland Arena. I hope I have the right group. The opening band had one hit I believe so when they came out a disco ball the guitarist had pink or purple black poke dots. Everyone was silent we were all thinking wtf to a disco ball lol. There song on the radio was rock. Lol
Triumph was awesome good we were there for them not opening act. I do like that song but not recalling name can't find it to add to a playlist..

Triumph played Westgate Collegiate in Thunder Bay the winter of 75/76 (?) Their road crew bailed in Wawa. They were going on to Winnipeg, I was working the gym lighting that night. I got asked to crew for them by Gil but didn't go. Biggest mistake ever !!

i have the concert ticket to prove it...Triumph on october 3rd 1981 .. PLAYED DETROIT AT COBO ARENA...NOT ST.LOUIS