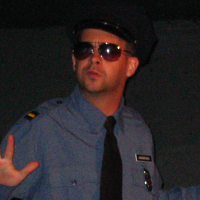 Samantha Karen "Sam" Fox (born April 15, 1966 in Mile End, London, England) is a former English glamour model and singer. In the mid-1980s, she started a successful singing career, working with notable music producers such as Stock Aitken Waterman and Full Force. Her debut single, "Touch Me (I Want Your Body)", released when she was just 20 years old, made the Top 10 in England and topped the charts in many countries. So far, Fox has sold over 30 million records worldwide.

22 users have seen Samantha Fox including: