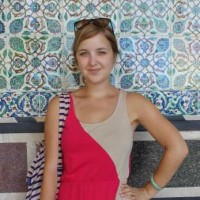 NSYNC (also stylized as *NSYNC or 'N Sync) was an American boy band formed in Orlando, Florida, in 1995 and signed in Germany by BMG Ariola Munich. NSYNC consisted of Justin Timberlake, JC Chasez, Chris Kirkpatrick, Joey Fatone, and Lance Bass. Their self-titled debut album was successfully released to European countries in 1997, and later debuted in the US market with the single "I Want You Back".

100 users have seen *NSYNC including: