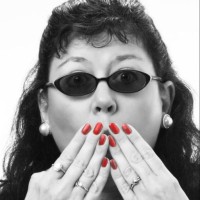 Chris Whitley (born Christopher Becker Whitley on 31 August 1960; died 20 November 2005) was an American blues/rock singer-songwriter and guitarist. During his 25-year career he released more than a dozen albums, had two songs in the top 50 of the US Billboard mainstream rock charts and received two Independent Music Awards. Whitley's sound was drawn from the traditions of blues, jazz and rock and he recorded songs by artists from many genres. A man of rare poetic honesty, Whitleymaintained a resolute musical integrity throughout his career. His more than a dozen albums range from raw-boned folk-rock to lush electro-blues.

21 users have seen chris whitley including: