Little Mix is a British girl group formed in 2011 during the eighth series of the British version of The X Factor. The group has 3 members: Jade Thirlwall, Perrie Edwards, and Leigh-Anne Pinnock. Originally a four-piece group, Jesy Nelson officially left the group on December 14, 2020, to focus on her solo career. 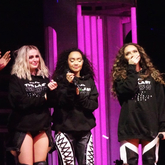 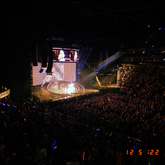 2774 users have seen Little Mix including: