Born Tyron Kaymone Frampton but better known by his stage name, slowthai is a rapper whose sound has been described as punk rap, grime, political hip-hop, trap, and even Soundcloud rap. His debut single "Jiggle" was released in 2016 followed by "Murder" and two EPs in 2017. 2018 saw slowthai release his third EP and debut studio album "Nothing Great About Britain," which peaked at nine on the UK Official Albums Chart. His second album "Tyron" (2021) reached the top spot and included the singles "Cancelled" with Skepta and "Mazza" with A$AP Rocky. On July 8, 2023, slowthai will support Blur at its reunion show at Wembley Stadium with Self Esteem and Jockstrap. 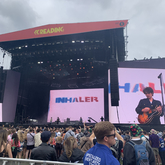 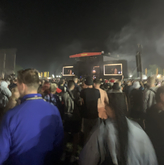 785 users have seen slowthai including: