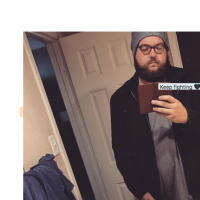 Oceans Ate Alaska signed to Density Records in 2012, two years after their formation in 2010. They released two EPs with the label. In 2014, the band signed to Fearless Records. The band was featured on Fearless Records' compilation album 'Punk Goes Pop, Vol. 6', covering "Drunk in Love" by Beyoncé.