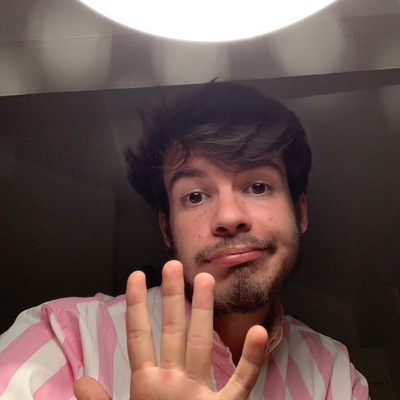 Rexorangecounty has seen The 1975 2 times.

The 1975 is an indie synthpop/electropop band formed in 2002 in Cheshire, England by then-teenagers Matt Healy, Adam Hann, Ross MacDonald, and George Daniel. After performing for over a decade, The 1975 released its first EP "Facedown." on August 6, 2012. Three days later, the band dropped its first single, "The City," which became a top 20 hit in the UK and Scotland. In 2013, the band's self-titled debut studio album peaked at number one on the UK and Scotish album charts. The band's sophomore album "I Like It When You Sleep, for You Are So Beautiful Yet So Unaware of It" (2016) became the first to peak at the top spot on the US Billboard 200 Chart while becoming the band's second number one in the UK. Along with "A Brief Inquiry into Online Relationships" (2018), "Notes on a Conditional "Form" (2020), and "Being Funny in a Foreign Language" (2022), The 1975 has scored five consecutive number-one albums in both Scotland and the UK.