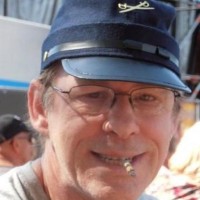 Einstürzende Neubauten is an ever-changing musical entity, originally formed in Berlin, Germany, on the 1st April 1980. Neubauten were initially seen as part of the second wave of industrial bands, filling the space left when Throbbing Gristle terminated their mission. Neubauten's early output fit the term "industrial" well, as it (ab)used the sounds of machinery, metal-on-metal, construction-site equipment, and treated tape loops, creating harsh soundscapes and rhythmic textures reminiscent of krautrock.

59 users have seen Einstürzende Neubauten including: