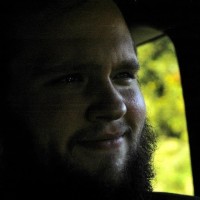 "There's nothing to compare to live music, there just isn't anything." Gloria Gaynor

1094 users have seen Papa Roach including: