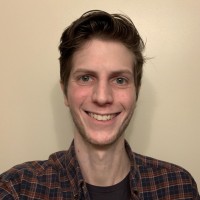 Born in Los Angeles in 1982, John Dadzie aka Infiltrata aka 12th Planet prescribes a transatlantic flavour to Med School. Growing up in the south of the city, John’s musical apprenticeship began in his high school days by playing in bands and regularly attending raves and jungle parties. The turning point came when he formed Imperial Recordings with DJ Lith, a stepping stone for John to excel in a field of production and management.

233 users have seen 12th Planet including: