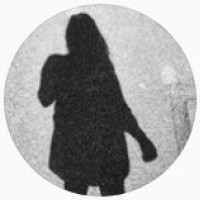 Backstreet Boys is a 1990s boy band consisting of co-vocalists Nick Carter, Howie Dorough, AJ McLean, Keith Richardson, and Brian Littrell. "We've Got It Goin' On" (1995) was the band's first single, and while it only peaked at sixty-nine on the US Billboard Hot 100, it became a hit sensation globally. The band released two studio albums internationally before dropping its first full-length album in the US. "Millennium" (1999) and "Black & Blue" (2000) both peaked at the top spot on the Billboard 200. With "DNA" (2019), Backstreet Boys scored a third number-one. Between 2010 and 2011, Backstreet Boys toured with New Kids on the Block as co-headliners on the NKOTBSB Tour. On October 14, 2022, Backstreet Boys released its tenth studio album "A Very Backstreet Christmas."

1503 users have seen Backstreet Boys including: